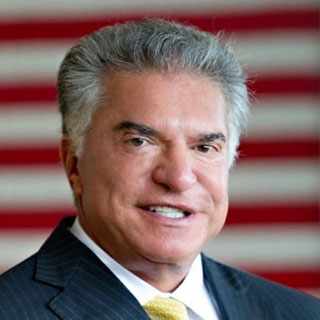 Mr. Cardenas has been named one of Washington, DC’s top lobbyists by The Hill, is recognized in The Best Lawyers in America, and rated AV by Martindale-Hubbell. He also was named among the “100 Most Influential People in Florida Politics” by Influence, one of the “100 Most Influential Hispanics” by Hispanic Business, and one of the “Legal Impact Leaders” by the South Florida Business Leader.

Cardenas was selected by Ronald Reagan to serve on his transition team, and was appointed by President Reagan to chair the President’s Commission on Small and Minority Business Affairs. Mr. Cardenas formerly served as Chairman of the American Conservative Union. He previously served two terms as Chairman of the Republican Party of Florida and three consecutive terms as its Vice-Chairman. Al helped found the Institute for Politics at Florida State University and currently chairs its advisory board. He has served on the boards of Miami-Dade College and Florida A&M University. Al has also served on the boards of Fannie Mae, Capital Bank and is an investor and director at Coral Gables Trust.

Al is nationally recognized for his leadership in law, business and politics. He has served as an adviser to US Presidents, as counsel of record in a number of precedent setting and published court decisions, and as a commentator on nationally syndicated network news shows, and an opinion writer for a number of national publications.