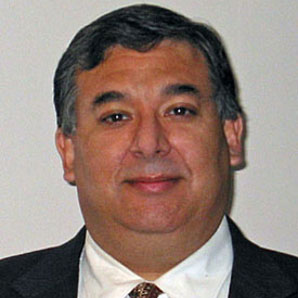 Danny Saenz has been an Independent Consultant/Owner of J. D. Saenz & Associates, LLC- since September 2015. He performs consultative duties for various clients ranging from acquisitions and mergers, formation of a new insurance company and assisting in responding to insurance regulatory matters from various state insurance departments.

Prior to this he was the Deputy Commissioner of the Financial Regulation Division at the Texas Department of Insurance where he managed a staff of approximately 240 employees overseeing the financial condition of the insurance industry in Texas from the initial licensing of insurers through the ongoing financial analysis and examination. He worked with insurers experiencing hazardous financial conditions through various means to rehabilitate the insurer and if necessary place insurers in receivership.

Danny was also active on various NAIC Committees and Working Groups. Chaired working groups amending the insurance holding company system model law, as well as developing a new model law for Risk Management and Own Risk Solvency Assessment (ORSA) along with an ORSA Guidance Manual and led three pilot projects in collecting, reviewing and providing feedback on ORSA reports prior to the law becoming effective.

In 2011 he received the Robert Dineen Award in recognition of contributions to Insurance Regulation.