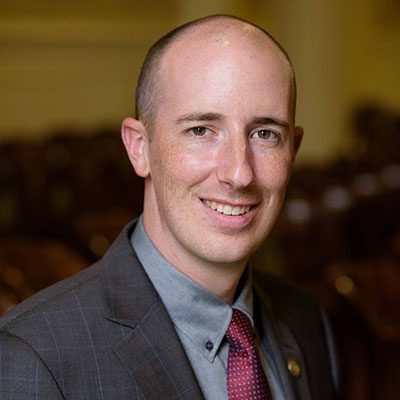 Rett Hatcher is the founding partner at Capitol Consulting Firm. Possessing more than a decade of experience in and around the state capitol, Rett has gained insight into the unique financial framework of state government. As Governor Asa Hutchinson’s initial Director of Legislative and Agency Affairs, Rett managed a staff of 15 policy analyst and agency liaisons. As a member of the senior staff, Rett met daily with the Governor to discuss his agenda and to brief the Governor on financial issues at the state level.

Rett is a licensed attorney and CPA in the state of Arkansas. He received his Bachelor of Science in Business Administration from the University of Arkansas at Fort Smith and his Juris Doctor from the William H Bowen School of Law in Little Rock. As an appointee of Governor Asa Hutchinson to the State and Public School Life and Health Insurance Board, he worked to maintain an actuarially sound system while managing state OPEB liability. He has previously served in various roles in both the Arkansas Teacher Retirement System and the Secretary of State’s office.